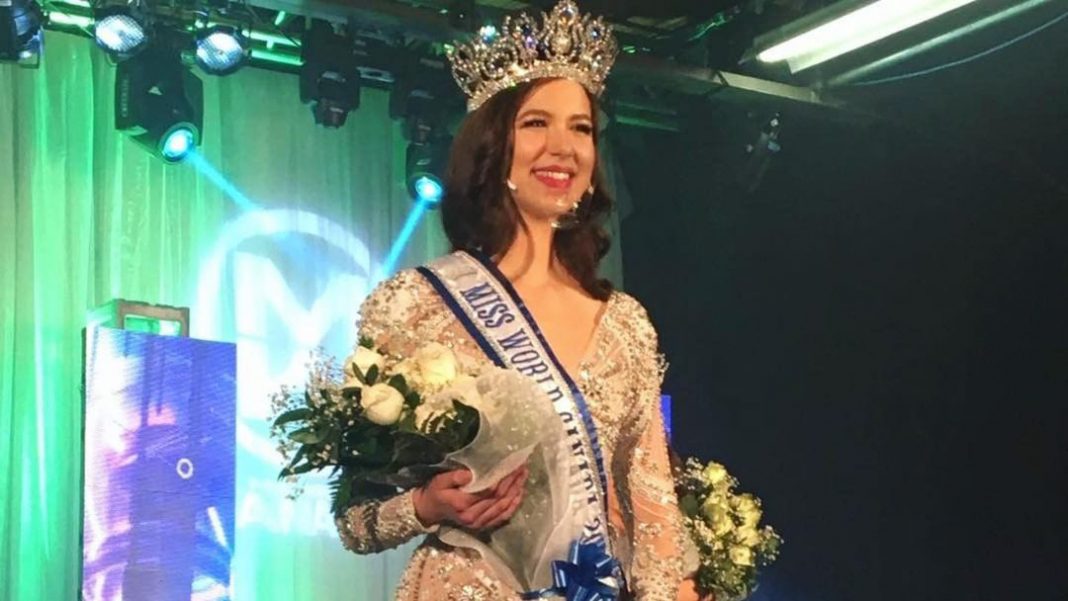 The 21-year-old finance graduate who works in business technology industry bested 43 other candidates for the title and the right to represent Canada in the next edition of the Miss World pageant.