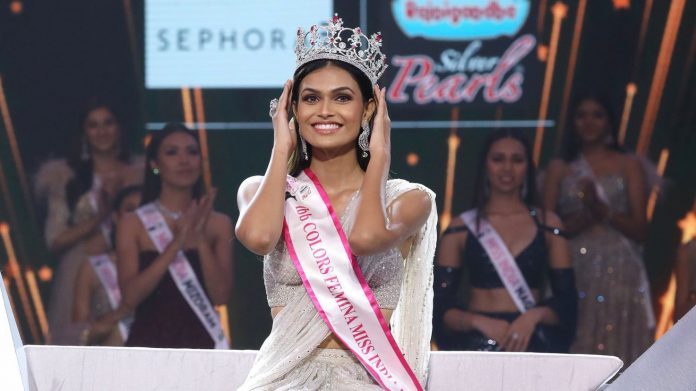 The 20-year-old stunner bested 29 other candidates from across the country for the right to represent India at the 2019 Miss World finals in December in Thailand. She received the crown from outgoing queen Anukreethy Vas.

The rest of the Top 6 were Jyotishmita Baruah of Assam and Shinata Chauhan of Uttar Pradesh.

Kerala’s Lakshmi Menon won the Beauty With A Purpose special award, while Siddhi Gupta of Uttarakhand won the Multimedia award.

Reigning Miss World Vanessa Ponce de Leon of Mexico served as one of the judges.

India is tied with Venezuela with the most number of Miss World wins at six. The country last won the crown in 2017 with Manushi Chillar. Missosology.Org; Photo from Femina Miss India Twitter page