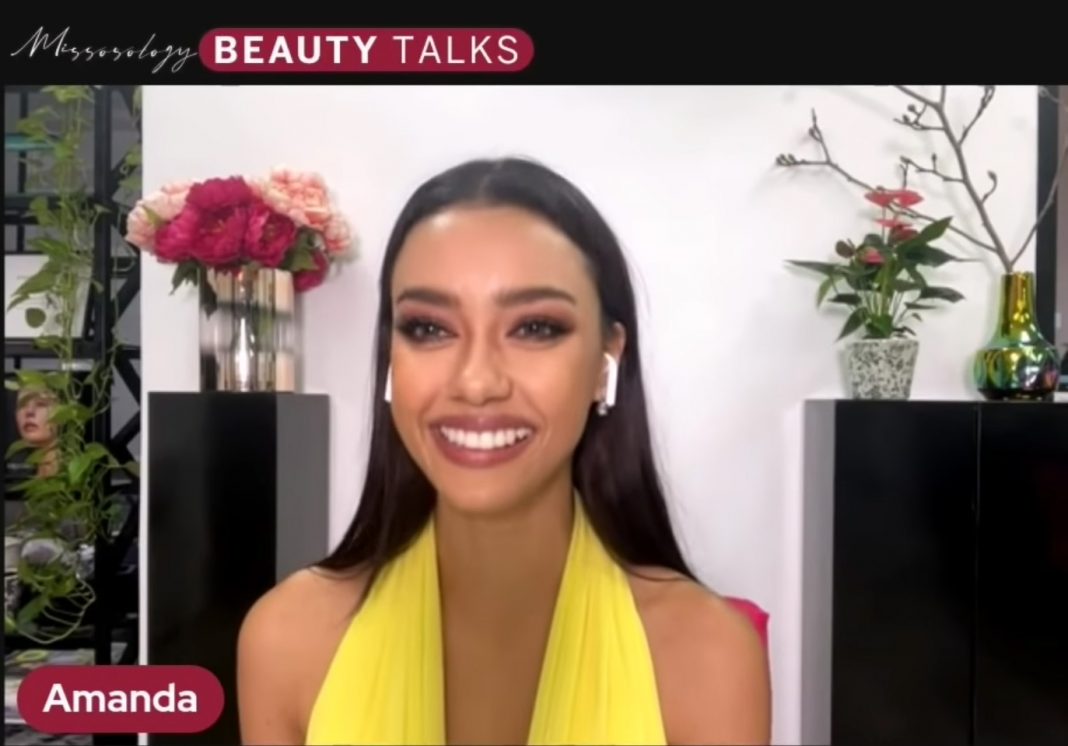 If there is anything that stops Thailand from winning its third Miss Universe crown, it should be the interviews. A lot has been said that fluency in English does not necessarily equate to winning the coveted title but ever since WME/IMG talent agency took over the pageant, things have changed.

Every winner since 2015 are all fluent English speakers. Note that while Miss Universe 2016 Iris Mittenaere answered the Top 6 and final Q&A in French, she has actually a good command of the English language. The current format of the competition puts more value on interviews. The early rounds of the final contest, id est, Top 16 Q&A and speech, became a struggle for most of the non-English speakers because translation services were not adequately provided.

These changes have put Thailand in a very difficult situation. Aniporn Chalermburanawong broke the 7-year drought in 2015 and since then, the country has consistently made it to the Top 10. Thai beauty queens – in three instances during this period – advanced to the Top 6/Top 5 wherein interviews played crucial roles. All of them struggled.

During the Miss Universe 2016 pageant, Miss Thailand Chalita Suansane Top 16 interview was good. She has an adequate understanding of the English language but she clearly had a hard time expressing herself especially when it comes to pronouncing English words. During the Top 6, she switched to her native Thai but even her translator grappled with the complexities of Thai language. This is a classic example of things being lost in translation. Chalita’s answer might be correct but the power to sway the judges vanished.

In 2017, there were high hopes of another crown for Thailand. Fluent in English, Maria Poonlertlarp however exposed the weakness of Thailand at interviews after she bungled her answer about the most important social movement of her generation. Her answer reflects either her lack of appreciation on the importance of choosing the most impactful option or that she totally misunderstood the question. It doesn’t matter though as it shows that the interview preparation of Miss Universe Thailand winners needs a serious overhaul.

The same can be said in 2019 although Paweensuda Drouin has a more engaging and bubbly personality than Maria. Paweensuda was asked about security and privacy during the Top 5 final question but she sought a middle ground and concluded without taking a side. She was obviously not trained on how to deal tricky political questions. Most contestants nowadays tackle such questions by employing a technique of taking into account the views of both sides and then expressing what side they subscribe to. READ http://missosology.org/opinion/64558-opinion-why-beauty-queens-should-be-allowed-to-take-a-stand-on-important-issues/

This year, hopes are once again high for Thailand to finally win its third Miss Universe crown. The burden is now on the shoulders of Amanda Obdam. Will she succumb once again to the Waterloo of her country or did she learn a thing or two from the mistakes of her predecessors? Well, Missosology editors Ameer Emir, Stephen Diaz and Drew Francisco subjected her to several theoretical Miss Universe questions and she handled it like a pro. Just watch her https://www.youtube.com/watch?v=BAgZjSGuLVA and you can’t fault someone for thinking that the third crown for Thailand is in the offing.

What do you think? Do you think Amanda Obdam will be the third Miss Universe titleholder from Thailand?