This was first published in the Missosology.info forum in November 29, 2019
Interview by Pawee Ventura and Aski Pascual

It took weeks before we finally got the go-signal from the Miss Universe Myanmar organization to release our interview with Swe Zin Htet, their flag-bearer in the Miss Universe pageant – requiring parental consent and considering Burmese traditional values before disclosing her sexual orientation. In an exlusive interview with Missosology, Swe Zin Htet comfortably decided to open up about her sexuality and gender identity and live her truths.

When asked about her personal advocacy, she said that she strongly support gay rights and start her own foundation to further LGBTQ+ causes. “I believe that not all countries allow same-sex marriage. I want the world to accept the LGBTQ+ community and their right to choose their own path and pursuit of happiness. Love is the most powerful thing and people fall in love with human beings, not gender. We should always have the freedom of choice and promote equality,” she said.

When asked why she strongly supports the cause, she broke the news to us and confessed that she is actually a lesbian herself. “I came to a full realization about my sexual orientation over a long period of time. I knew I was “one of them” way back in 2015. It is personally quite challenging but I feel that I have a greater voice and the best position to promote this cause. Some pageant fans know about it and they still support me but this is the first time I am able to talk about it in public,” she disclosed.

• She did not expect to win the Miss Universe Myanmar crown but she she really worked hard to get the best result. “It was too risky for me to join another national pageant after winning Miss Golden Land Myanmar in 2016 and being able to make it as a Top 10 finalist in Miss Supranational 2016. I just pushed for my dream to compete at Miss Universe and represent my beloved country once again,” she said.

• Her preparation for Miss Universe was very hectic and required a tight schedule. She got the support from several local designers who custom-made her daily wardrobe that would make her standout in the pageant. She also revealed that she will wear different themes everyday and her national costume will reflect the golden ricefields of Myanmar during its harvest time. Aside from that, she polished her catwalk and communication skills.

• She believes that the weight of her sash is not too strong at Miss Universe compared to other powerhouse countries but her confidence is at 100% to make Myanmar noticed and even get a placement in the pageant.

• She is still trying to work on her inconsistencies and that include her tendency to be timid at times. “I know Miss Universe is looking for a great spokesperson and I need to fit into the role. I believe confidence is a big factor – to be confident in all aspects. That is the new standard of beauty. I will also show how friendly the Burmese people are,” she said.

• She grew up in Magwe, one of the states of Myanmar in the countryside. Swe Zin Htet was used to a simple life. “I read buddha scripts, do meditation, chanting and I make sure that our Buddha shrine is well-maintained at home,” she confessed.

• She looks up to 2 Filipina Miss Universe titlholders: Pia Wurtzbach for her strength and mindset as a woman and Catriona Gray for her “Lava Walk” and for being an embodiment of a great titleholder.

• She considers herself simple yet trendy and loves the colors black and red. Getting lots of sleep is her main ingredient to her beauty recipe.

• Aside from winning Miss Universe Myanmar, her proudest accomplishment is being named Miss Personality at Miss Supranational – one of the Big 5 pageants aside from placing in the Top 10. At such a young age, she was able to provide the needs of her family not just through joining beauty contests but also through her singing gigs.

• She was nicknamed “Superman” by pageant fans since she started actively making waves in pageantry at 16 years-old. As a Burmese woman, she is proud to have a combination of traditional values and modern qualities.

• She aims to promote Myanmar to her co-candidates by introducing Bagan – a world heritage destination by UNESCO. Aside from that she will tell them that her country is a very friendly destination with countless of golden pagodas.

• Her other advocacy closest to her heart is the fight against child abuse and child labor. She aims to initiate effective measures in addressing this alarming plague in schools and communities. Missosology.Org 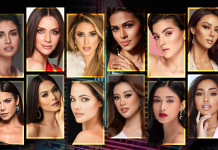 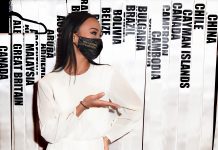 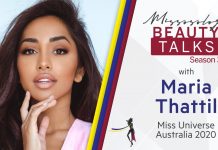