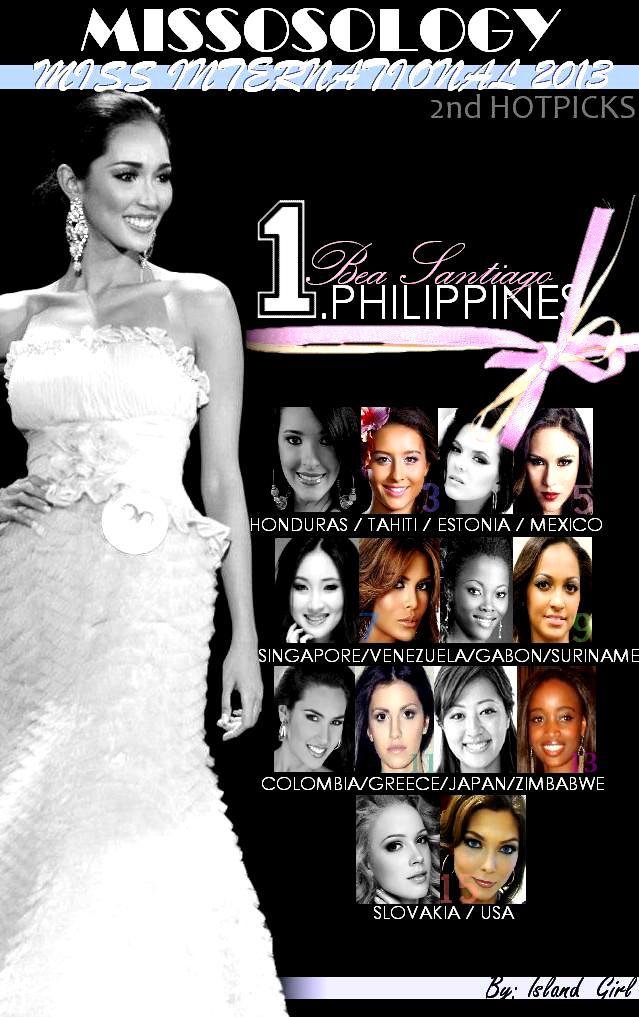 (Rank during the 1st Hot Picks in parenthesis)

More than a month since our last update, dozens of national winners have been chosen, which, in turn had shaken our list.   Topping our hot pick leader board is the charismatic and popular delegate from the Philippines, Bea Rose Santiago.  Consistency and the visible desire to win her country’s 5th MI crown have been very evident since the time she was crowned several months ago.  She just keeps on improving and improving as the days pass by. With a few pageant experiences in her pocket, including an international stint, it is safe to say that as of the moment, Bea is the one to beat at Miss International 2013.

After our 1st Hot Pick was released, several pageant fans had aired their disbelief that the Honduran delegate, Jennifer Valle, was not even included on the list.  Here’s a reason for her fans to celebrate, because the 18-year-old stunner zoomed up into the second position, and is now considered a serious contender for the crown.  Even at a very young age, Jennifer is already armed with an impressive pageant track record – being Reina Mundial del Banano 2012 and Miss World Honduras 2012. Maeva Simonin, the very photogenic and angelic beauty from Tahiti is in third place.  She was one of the heavy favorites to win the Miss Tahiti 2013 pageant, the preliminary competition of the French protectorate to the annual Miss France pageant.   Being the 1st Runner-up in the said pageant meant that she will fly to an international competition right away, instead of the national competition Miss France, where the winner or even the runner-up is eventually sent to Miss World and Miss Universe.

Another newcomer placed high in this edition of our hot pick.  In fourth place, we have the 2011 Estonian delegate at Miss Universe, the angelic Madli Vilsar.  The northeastern European state is expected to be well-represented by Madli, who is now seriously preparing for the international competition.

Rounding up our Top 5 in the Hot Pick is our previous No. 1, the Mexican diva, Lucero Montemayor. Singapore’s Chew Jia Min is in 6th place.  She is representing one of the most organized national franchise holders of Miss International, and knowing the standard of MIO, it will be no surprise if Chew is going to “chew” several front runners, and pull a major upset.  She has the beauty, the body and the brains to be considered as a worthy successor of last year’s winner from Japan. Venezuela’s Elian Herrera and Gabon’s Reilly Mboumba slid to 7th and 8th places, respectively, due to the fact that there has been no fresh updates about them since the last hot picks.  Nevertheless, they still remain as potential winners for the coveted MI crown. Suriname’s Janet van Klaveren is in 9th place.  She was tipped to win the Tropical Beauties Suriname 2013 pageant, but only ended up as 1st Runner-up.   The winner of the said pageant will be sent to Miss Supranational, which is a blessing in disguise for Janet because she will be sent, instead, to a BIG 4 pageant. Colombia’s Lorena Hermina also slid from 5th to 10th place.   Greece is now on the list, at 11th place.  She is followed by Japan in 12th, who slid from 6th place in the previous list.  Zimbabwe is in 13th spot, which brings hope for Africa, together with Gabon.  Slovakia and USA complete the list in 14th and 15th places, respectively. 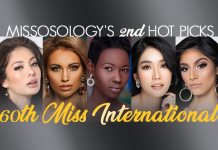 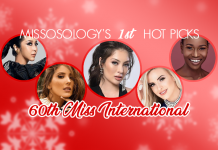 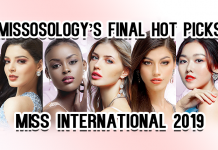