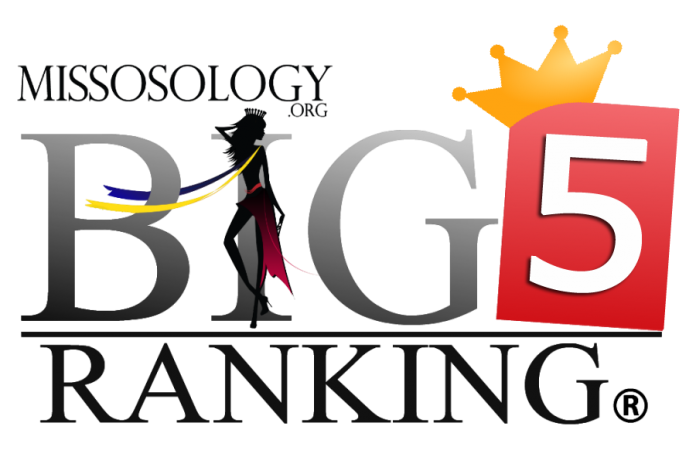 Just a few days before a new Miss Universe is going to be crowned, we have resumed the update of the longest-running pageant ranking available – the Missosology Big5 Ranking, which is officially entering her 10th year of uninterrupted and unchanged ranking system. It is a solid proof that no amount of manipulative changes can define which countries are indeed the powerhouses in the field of pageantry.

2020 will be remembered as the year when no major pageant was physically held under the current circumstance, but in November of last year, a unique style of competition was conducted by the Miss Earth organization when it hosted a virtual pageant. After the result of Miss Earth 2020 was added to our 2019 Big 5 Ranking table, the Philippines has finally overtaken Brazil in the third spot. Interestingly, the result of Miss Earth 2020 has exactly reflected the current Top 3 of the Missosology Big 5 Ranking (see table below).

However, the long-delayed Miss Universe pageant might as well spoil everything for the Philippines if Rabiya Mateo fails to place in the Top 21, and Brazil’s Julia Gama gets at least a 3rd Runner-up position.