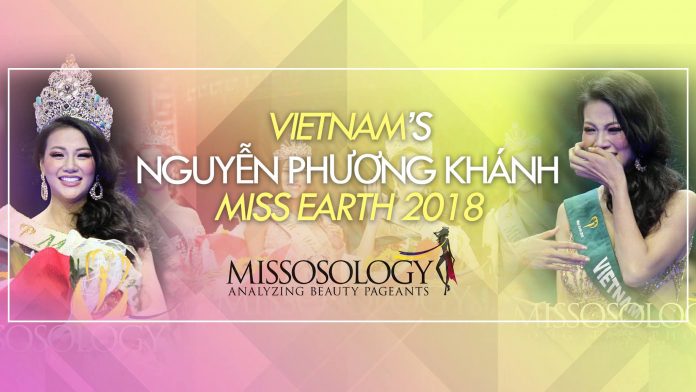 Big 5 Pageant Year 2018 started with a BANG!  Vietnam wins their first major international pageant with Miss Earth, while pageant super power Venezuela maintains its supremacy at the 58th Miss International Beauty Pageant.  Nguyen Phuong Khanh emerged victorious in Manila when she captured the 18th crown of Miss Earth, and also the first Southeast Asian aside from the Philippines to capture the title.  A week later, Mariem Velazco, who was celebrating her birthday on the day of the finals, became the eighth Venezuelan to win the Miss International crown, just three years after Edymar Martinez last held the crown for South American country.

As of current standing, the biggest gainer after the culmination of these two pageants was the island nation of Madagascar.  From 161st in 2017, it jumped to 147th after their surprising semifinals placement in Miss International.  No other pageant has ever recognized a Malagasy beauty except for the Tokyo-based pageant.  Also worth mentioning is Romania‘s back-to-back placement at Miss Earth and Miss International, wherein they even managed to have a 3rd runner-up placement in the latter.  These propelled their ranking up by four notches to 77th.  Few changes happened at the Top 20, with South Africa gaining two spots after their outstanding performance at Miss International.  With a Top 12 finish at Miss Earth, it has been a pretty good start for the Rainbow Nation in the Big 5 pageants.

Let’s see the full ranking below:

The next update of will be after Miss Supranational and Miss World 2018.

Points at stake will be:

** only if declared within 24 hours after the pageant.  If not, the rest of the finalists will automatically get 130 points.