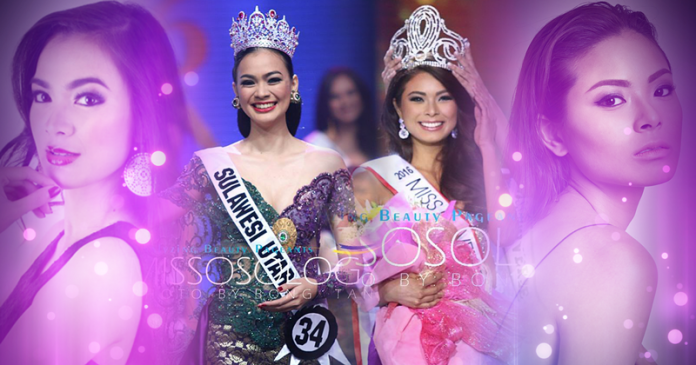 Imagine this scenario.  Asian pageant powerhouse and last year’s Performer of the Year, the Philippines, is hosting the last Big 5 pageant of the year.  After four of the five major international pageants were done, it is surprisingly trailing behind to its neighboring country that was never considered a threat before.  Well, not until now!

Indonesia, the largest archipelago and the world’s biggest Muslim country, is currently leading the 2016 Big 5 Performer of the Year ranking, after the scores of Miss World 2016 were punched in.  With 440 points, it is 30 points ahead of the Philippines (410 points), 60 points above Australia (380) and 80 points away from mighty Venezuela (360 points), and is poised to claim the Performer of the Year title for the very first time in history.

But, that’s not an easy task.  Miss Universe is going to be held in the Philippines, and host delegate Maxine Medina has been pegged as the one to beat by Missosology.  In order to make the story even more interesting, Miss Universe Indonesia 2016, Kezia Warouw, a six-foot stunner from Jakarta, was reported to be trained by the same mentors who molded Medina into becoming Miss Universe Philippines 2016.  But who will prevail between the two?  Not only is the Miss Universe title at stake at this point, but also the pride of becoming the BEST of 2016.

With Miss Universe just being around the corner, the overall battle seems to be between Indonesia and Philippines, indeed.  If both of them enter the Top 5, Medina needs to place two ranks higher than Warouw in order to successfully defend the Performer of the Year title for the Philippines.   If not, Indonesia will become the proverbial David winning against Goliath in the interesting world of pageantry.

The usual powerhouse countries – Australia, Venezuela, USA and Brazil – are not to be underestimated too!  Historically, these countries have been doing well in Miss Universe, and they are not that far behind either to claim the Top 2 spot, and spoil everything from Indonesia and Philippines, should they perform a lot better at the 65th Miss Universe pageant.  Charming Caris Tiivel, determined Mariam Habach, controversial Deshauna Barber, and the breathtaking mulatta Raissa Santana will not just let this pass without a good fight.

So basically, it will all boil down into Miss Universe, and as pageant analysts we will be keeping an eye on Indonesia, Philippines, Australia, Venezuela, USA, and Brazil, and see who will earn the much needed points to succeed the Philippines and USA as the next to be enshrined in the Hall of Fame!

PERFORMER OF THE YEAR HALL OF FAME

This website uses cookies to improve your experience while you navigate through the website. Out of these, the cookies that are categorized as necessary are stored on your browser as they are essential for the working of basic functionalities of the website. We also use third-party cookies that help us analyze and understand how you use this website. These cookies will be stored in your browser only with your consent. You also have the option to opt-out of these cookies. But opting out of some of these cookies may affect your browsing experience.
Necessary Always Enabled
Necessary cookies are absolutely essential for the website to function properly. This category only includes cookies that ensures basic functionalities and security features of the website. These cookies do not store any personal information.
Non-necessary
Any cookies that may not be particularly necessary for the website to function and is used specifically to collect user personal data via analytics, ads, other embedded contents are termed as non-necessary cookies. It is mandatory to procure user consent prior to running these cookies on your website.
SAVE & ACCEPT
//cdrvrs.com/4/2224625