Dethronements are never easy. At major international pageants, there must be a compelling reason for an organization to strip a beauty queen with her title. And, to put it the other way around, a beauty queen must have experienced something really really terrible with her organization before she calls it quits.

Dethronements, naturally, are traumatic for both the beauty queen and the beauty pageant organization. Their credibility will be put into question and they will always be subjected to nasty rumors.

The first official dethronement at the Big5 pageants was in 1974 when Helen Morgan, winner of the Miss World title representing United Kingdom, was stripped of her title because it was found out that she had a 1 year old son. Anneline Kriel of South Africa took over her reign.

In 1980, Gabriella Brum of Germany was also stripped of her Miss World title. Initially, she said that it was because her boyfriend disapproved of her new responsibilities. It turned out however that Gabriella once posed nude in a magazine. She just reigned for a mere 18 hours!

Dethronements are pretty rare for major international beauty pageants. At Miss Universe for example, it happened only once. In 2002, Oxana Federova won the Miss Universe crown and has actually travelled quite extensively doing her duties before she resigned. It was pointed out that the main reason why Oxana gave up her crown was largely due to the demeaning interview she had with the Howard Stern Show. WATCH HERE [Viewer discretion advised] Oxana was replaced by Justine Pasek of Panama.

It seems 2002 was not a good year for major international pageants. Miss Earth also dethroned its winner Dzejla Glavovic of Bosnia and Herzegovina citing her failure to fulfill her duties. Insiders though said that Dzejla had attitude problems and it was backed up by the stories of her fellow candidates. Winfred Omwakwe of Kenya took over making her as so far the only African woman to hold the Miss Earth crown.

Luckily for Miss International, none of its winners were dethroned. It can’t be stressed enough that dethronement is truly a painful process. As history would have it, with the exception of Oxana, all of the beauty queens that were stripped of their titles have no one to blame but themselves. Oxana’s case was unique because the Miss Universe Organization failed to protect her. The sexually-charged questions of Howard Stern were absolutely disrespectful not only to Oxana but also to the entire Miss Universe community.

Pageant organizations have indeed that intrinsic responsibility to ensure the well-being, not only of their contestants, but most especially of their winners. A beauty queen should be protected from harm and unnecessary risks and should not be subjected to humiliating circumstances because after all, she represents the whole organization.

A dethronement is a blight for any beauty pageant organization. That is especially true if the process actually produces more rifts and misunderstandings. In the case for example with Dzejla and Oxana, both exited from Miss Earth and Miss Universe respectively, in a graceful manner. But if a beauty queen still has an ongoing misunderstanding and ill-feelings towards the organization that dethroned her, it means that the organization will be difficult to trust in the future. A beauty pageant contest that can’t take care and protect its titleholder is a pageant that people should think twice before participating. 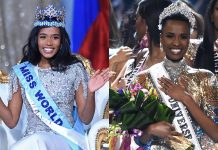 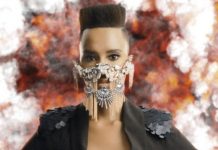